This post contains affiliate links. If you make a purchase using a link, I may receive a small commission from the sale at no additional cost to you.

Please note that this post may contain affiliate portal links. If you click through and take action, I may be compensated at no additional cost to you. Thank you greatly for your support.


Giveaway at the end of the post! Ends 3/3/19 ~ “I loved every page of Devil’s Daughter by Lisa Kleypas, including the gorgeous cover.  The chemistry, banter and dialogue between Phoebe and West was fun and so romantic. ” Lorelei’s full review below…

Although beautiful young widow Phoebe, Lady Clare, has never met West Ravenel, she knows one thing for certain: he’s a mean, rotten bully. Back in boarding school, he made her late husband’s life a misery, and she’ll never forgive him for it. But when Phoebe attends a family wedding, she encounters a dashing and impossibly charming stranger who sends a fire-and-ice jolt of attraction through her. And then he introduces himself…as none other than West Ravenel.

West is a man with a tarnished past. No apologies, no excuses. However, from the moment he meets Phoebe, West is consumed by irresistible desire…not to mention the bitter awareness that a woman like her is far out of his reach. What West doesn’t bargain on is that Phoebe is no straitlaced aristocratic lady. She’s the daughter of a strong-willed wallflower who long ago eloped with Sebastian, Lord St. Vincent—the most devilishly wicked rake in England.

Before long, Phoebe sets out to seduce the man who has awakened her fiery nature and shown her unimaginable pleasure. Will their overwhelming passion be enough to overcome the obstacles of the past? Only the devil’s daughter knows…

I ab-so-lutely loved, Loved, LOVED DEVIL’S DAUGHTER by Lisa Kleypas! It’s the fifth book in the Ravenel series, where the Ravenels meet The Wallflowers, a previous series written by the author. This story stands alone well, but trust me, you’ll definitely want to read all the books in the series, where you’ll meet the dashing and handsome West who charmed me from book one. He’s been my favorite character in the series and I was thrilled to finally read his story!

Phoebe is a strong likable heroine, and a caring, loving mother of two precious boys who stole my heart! When she finally meets the tormentor of her first husband’s childhood, she’s surprised to discover how attractive and charming West is, no longer the bully of the past. When he plays with her boys, five year old Justin and two year old Stephen he’s genuinely kind and playful with them, which makes West harder to resist. The chemistry and attraction West and Phoebe feel grows stronger the more time they spend together. I swooned so many times I lost count. I felt butterflies in my belly.

What I loved most about Phoebe is that when she knows what she wants, she doesn’t hesitate to go after her heart’s desire. But West having had a traumatic and roguish past, feels he’s not worthy of any woman’s love, especially Phoebe’s. He’s not husband material.  He thinks she deserves a decent man, even though it makes his blood boil to think of her in another man’s arms. Yet he will do whatever he can to help Phoebe with other matters regarding her future.

I loved every page of Devil’s Daughter by Lisa Kleypas, including the gorgeous cover.  The chemistry, banter and dialogue between Phoebe and West was fun and so romantic. Their love scenes were passionate and  beautifully written. Lisa Kleypas is truly a gifted writer. Her stories come to life, with so many details, its like watching a movie. Just read the excerpt below and you’ll see. I will definitely listen to the audiobook, narrated by Mary Jane Wells. She does a fabulous job narrating the Ravenel series.  I highly recommend Devil’s Daughter and give is 5 stars!


“If you have any misguided thoughts about taking me into your bed, you would find it a vastly mediocre experience. I’d be on you like a crazed rabbit, and half a minute later the whole thing would be over. I used to be a proficient lover, but now I’m a burnt-out libertine whose only remaining pleasure is breakfast food. Speaking of which—”

Phoebe reached for him, brought herself up hard against him, and interrupted him with her mouth. West flinched as if scalded and held very still in the manner of a man trying to withstand torture. Undeterred, she wrapped her arms around his neck and kissed him as passionately as she could, touching her tongue to his stiff lips. The feel and taste of him was exhilarating. Suddenly he responded with a primitive grunt and his mouth clamped on hers, wringing sensation from her with demanding pressure. Forcing her lips apart, he searched her with his tongue the way she remembered, and it felt so good, she thought she might faint. A whimper rose from her throat, and he licked and bit gently at the sound and sealed their mouths together in a deep, insatiable kiss that involved his lips, breath, hands, body, soul.

Whatever it might be like to go to bed with this man . . . it would be anything but mediocre.


New York Times bestselling author Lisa Kleypas graduated from Wellesley College with a political science degree. She’s a RITA award-winning author of both historical romance and contemporary women’s fiction. She lives in Washington State with her husband Gregory and their two children.

You could win a copy of DEVIL’S DAUGHTER by Lisa Kleypas (U.S. only)

Simply enter the Rafflecopter below and tell me:  Have you read books by Lisa Kleypas or is she new to you?

Reviewer: Lorelei is the Creative Director of Lorelei’s Lit Lair on Facebook, Twitter, Instagram, Pinterest, and Goodreads. She’s happily married to her own Prince Charming and is the mother of three wonderful overachievers, and has a precious Pomeranian pup named Minuet. Lorelei enjoys reading, visiting libraries, socializing, music, and Zumba. She is a fervent advocate of the romance and writing community, and a believer of paying it forward and spreading the love with a perpetual smile. You can connect with Lorelei at Lorelei’s Lit Lair on Facebook and Twitter where you’ll find great books recommendations, giveaways, deals, chats about favorite authors, books, fun posts and other interesting topics with fans of similar interests. You can also contact Lorelei via email at lorelei@loreleislitlair.com

« How I Fell into Romance
Review: TOMBOY by Avery Flynn » 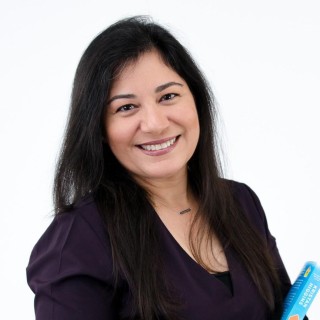 Always positive, enthusiastic and authentic. Lorelei B. has been the creative director of Lorelei’s Lit Lair since 2010. As a Romance Ambassador, she reviews, advocates, and advertises for authors through her international online community on social media and in partnership with the Orange County Library System in her hometown of Orlando, FL. There she hosts reader and author events such as the annual Romance, Wine & Chocolate every Fall. Lorelei enjoys connecting readers and authors whenever possible and she does so with a perpetual smile. A former special needs paraprofessional, she’s happily married to her own Prince Charming and is the mother of three wonderful overachievers, and has a precious Pomeranian pup named Minuet. Born in NYC, of Iranian and Venezuelan heritage and with Spanish as her second language, Lorelei’s diverse background gives her reach into the Latinx community as well.

Buy me a coffee!

How to Write a Quick and Easy Book Review441 Total Shares

My #Story: From Reader to Book Blogger & My Happiest Place on Earth179 Total Shares